On August 21, 2017, the Moon’s shadow will fall over the Earth, and cross the heart of the continental United States. The shadow will make landfall in Oregon, proceed through the center of the country, and end up over South Carolina before heading out to sea. EVERYONE UNDER THE SHADOW WILL EXPERIENCE A TOTAL SOLAR ECLIPSE. 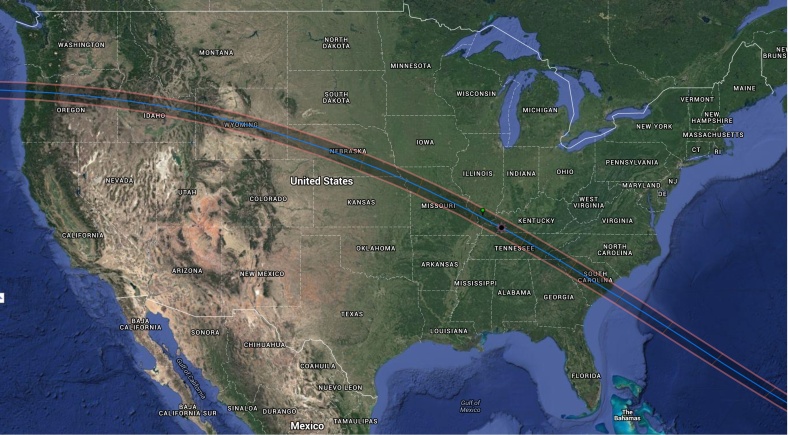 Path of the Great American Eclipse happening on August 21, 2017

I say this with all caps because it’s really, really important. If you are outside of the path shown in the map above, you won’t notice much of anything, because you will experience a partial eclipse. Partial eclipses are mildly interesting, but by no means spectacular. My friend Michael Bakich likens the difference between non-totality and totality to the difference between being almost dead and actually dead; in other words, there is no comparison.

Because the shape of the Moon’s shadow is round, you can imagine that totality will last much longer if you’re on the “centerline” of the path versus near the edge. Therefore, I urge you not only to “get you butt to totality” but also to “sit on the centerline” as close as practical. 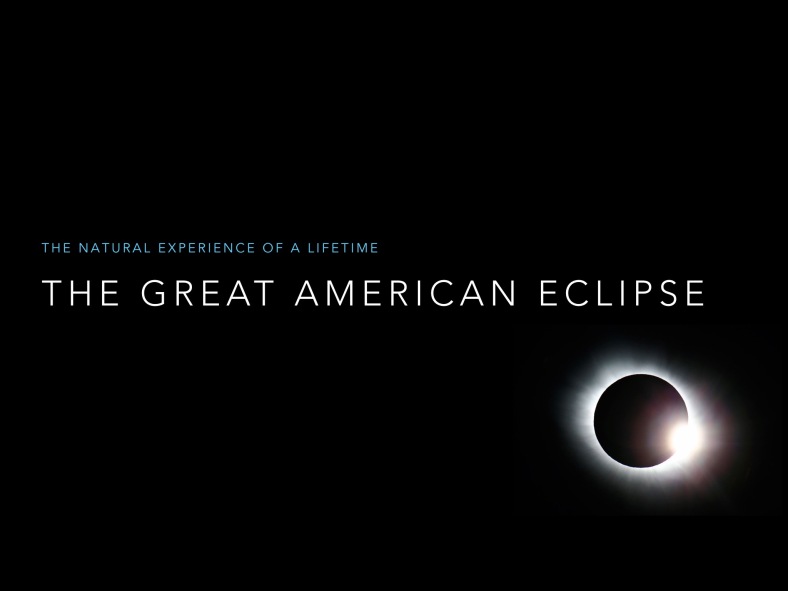 I’ve put together a presentation regarding the August 2017 total solar eclipse. If your organization would like to see it, let me know and we’ll see what we can do 🙂

There are so many excellent websites and books about the 2017 total solar eclipse, duplicating all those efforts would be pointless. Rather, I will invite you to avail yourself of the same resources I’ve been using.